I was part of the Hackatrain with the topic of Mobility as a Service (MaaS), great experience to join a team of HaaS: Hackers at a Service.

On Monday 18 June 2018, the third edition of the annual Hackatrain left Amsterdam Central Station heading for Berlin. More than 100 talented IT professionals from the international business world, education and government institutes travelled by train and ‘hacked’ their way to Berlin. In teams they worked for 48 hours to find solutions to an interesting mobility challenge from ING and Arriva. Four enthusiastic participants from Statistics Netherlands (CBS) also joined the Hackatrain, as did their counterparts from the German statistical institute Destatis. Initiator and organiser Amal Whyte says: ‘The level was amazingly high!’

The official departure was on Monday morning at Amsterdam Central Station, and the teams started immediately when they boarded the train. According to ICT construction specialist and CBS participant David Kloet, ‘The journey gave the participants a chance to brainstorm, discus their ideas and to talk to mentors from the organisations that were involved, including Arriva, ING, NS and Freshheads.’ The objective of this Hackatrain was to answer the question how to make it easier for people throughout the country to travel to and from destinations for events such as a concert at the Johan Cruyff Arena in Amsterdam. ‘They were also asked to incorporate a combination of blockchain (a system that can be used to capture data, Ed.) and Mobility as a Service (MaaS) into their solution,’ Whyte explains. ‘Together, blockchain and MaaS have the potential to allow travellers to search for, select and book their own transport options.’

The participants enthusiastically continued the hackathon after they arrived in Berlin. The programming went on all day, and even through the night. According to Eugène van der Pijl, a Statistical Researcher at CBS who participated in the hackathon, ‘Those two hackathon days were fantastic, but it was hard work. We kept going, intensively searching for solutions.’ As fellow CBS Statistical Researcher and participant Marloes Verhoeven says, ‘We were given the necessary information about blockchain technology and MaaS at the pre-gathering for the Hackatrain. It was a pretty ambitious challenge to produce a working prototype in such a short period, but we did it.’ Both Van der Pijl and Verhoeven were interested in working with blockchain and seeing presentations about it, because the possibilities of blockchain are also being investigated within CBS. 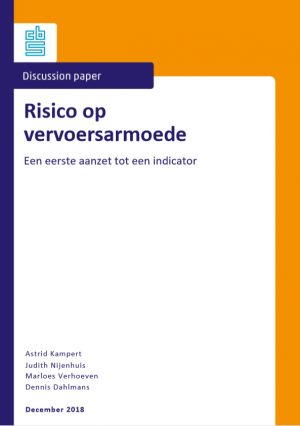 Tuesday February 23rd I defended my PhD thesis “Modelling life trajectories and transport mode choice using Bayesian Belief Networks” for the committee at the Technical University of Eindhoven (TU/e). The longitudinal data that was used for this study is collected in 2004 with an online questionnaire which I designed myself. More than 700 respondents completed the questionnaire and reported several “life events” in the past and their mobility behavior at that time.

My PhD thesis can be accessed and downloaded via TU/e website.